skip to main | skip to sidebar

Wondering how long the terrible two's are supposed to last!! Evan will be 4 next month but he has his moments when he tries to act like a baby or does things deliberately even though he knows he will get in trouble for it. He's been playing with the bathroom faucets, getting into the fridge, screaming when he doesn't get his way, saying "what the heck" (which he heard one of the boys say). We had a talk with the boys because tries to mirror everything they do, so they have to make sure they watch what they do or say around him because he repeats absolutely everything!  We had a special lock on his door but Houdini figured out how to open it & he wreaks havoc  in the house while everyone is sound asleep. I tried getting another childproof lock for the door but since our doorknobs are not the normal round ones, we can't figure out how to keep him in his  room. Anyways, I made him a poster board with a list behaviors he needs to change. I bought some fake money from the dollar store & put prices on each good behavior. He can get fake money for all of the good behaviors listed but if he behaves badly, he can lose the money he has earned. I also got a little basket of goodies & labeled it the "Good Behavior Store". We sat him down & went through all of the behaviors he is expected to change & we told him that at the end of each week, he can use his money to buy something from the store. He was super excited & right away, we noticed a change in his behavior. He started being more polite and we acknowledged it & praised him for it. Let's see how this all turns out because my only other option is to send him to a boot camp for toddlers! lol
~~Boys are God's way of telling you that your house is too neat!~~

~Do not train boys to learning by force and harshness, but lead them by what amuses them, so that they may better discover the bent of their minds~~ 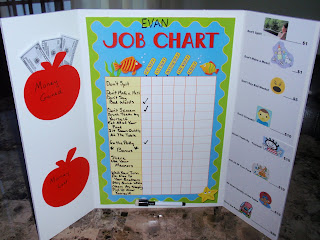 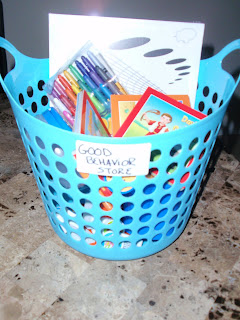 By using and accessing this website, http://www.momof3boys.com/ (collectively referred to as the "Site" or "Mom of 3 Boys" in these Terms of Service), you ("you", "user" or, "end user") agree to these Terms of Service (collectively, the "Terms of Service" or "Agreement"). IF YOU DO NOT AGREE TO THE TERMS OF THIS AGREEMENT, IMMEDIATELY STOP ACCESSING THIS SITE. Intellectual Property. You acknowledge and agree that all content and information on the Site is protected by proprietary rights and laws. You agree not to modify, copy, distribute, transmit, display, perform, reproduce, publish, license, transfer, create derive work from, sell or re-sell any content or information obtained from or through the Site. Third-party Sites. The Site may contain links to other websites maintained by third-parties. These links are provided solely as a convenience and does not imply endorsement of, or association with, the party by Mom of 3 Boys. Modifications to this Agreement. Mom of 3 Boys reserves the right to change or modify any of the terms and conditions contained in this Agreement at any time. You acknowledge and agree that it is your responsibility to review the Site and these Terms of Service from time to time. Your continued use of the Site after such modifications to this Agreement will constitute acknowledgment of the modified Terms of Service and agreement to abide and be bound by the modified Terms of Service. Termination of Use. Mom of 3 Boys shall have the right to immediately terminate or suspend, in its discretion, your access to all or part of the Site with or without notice for any reason. Disclaimer of Warranty You expressly agree that use of the Site is at your sole risk and discretion. The Site and all content and other information contained on the Site is provided on an "AS IS" and "AS AVAILABLE" basis without warranty of any kind, whether express or implied. Mom of 3 Boys makes no warranty that (I) the Site and content or information will be uninterrupted, timely, secure or error-free, (II) the results that may be obtained from use of this Site will be effective, accurate or reliable. The Site may include technical mistakes, inaccuracies or typographical errors. Mom of 3 Boys reserves the right to change the Site content and information at any time without notice. Limitation of Liability. In no event shall Mom of 3 Boys, or its affiliates be liable for any indirect, incidental, special, punitive damages or consequential damages of any kind, or any damages whatsoever arising out of or related to your use of the Site, the content and other information obtained therein. Certain jurisdictions prohibit the exclusion or limitation of liability for consequential or incidental damages, thus the above limitations may not apply to you. Governing Law. Any disputes arising out of or related to these Terms of Service and/or any use by you of the Site shall be governed by the laws of the USA, without regard to the conflicts of laws provisions therein. Date of Last Update. This agreement was last updated on January 20, 2013.